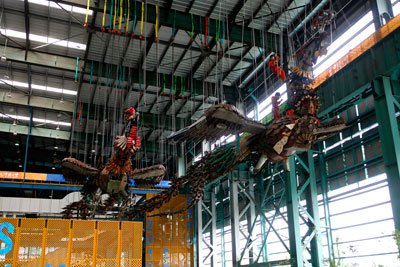 The Phoenix Project, which both directly and metaphorically explores the urban footprint, wealth accumulation and modern life, functions as a multi-dimensional commentary on the Expo's “City” theme. Expo 2010 Shanghai focuses on urban splendor and the results of urbanization, whereas the Phoenix Project focuses on the true substance that underlies these processes. These two Phoenixes are at once fierce and beautiful, and the sense of divinity that each feather emits is a divinity transmitted by each worker with whom the Phoenixes have come into contact.

The Phoenix was commissioned by the President and CEO of Ravenel Art Group, Ms Clara Kuo, one of the foremost experts in contemporary Asian art. The entire creation process was organized by the Ravenel group, which oversaw the complete project from birth to fruition. The work has been collected by one of the leading collectors of Chinese art, Mr. Barry Lam, an acclaimed entrepreneur. 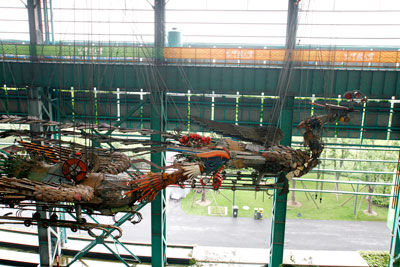 The Phoenix Project is the single largest work of art featured at Expo 2010 Shanghai. The two Phoenixes which comprise this installation measure 27 meters and 28 meters long, respectively, with a total weight of 12 tons; they are assembled from urban construction debris, construction tools and items used in the daily lives of construction workers. The methods used to produce the Phoenix Project present the beauty of a uniquely Chinese creative process. Exhibited here amidst the remains of an old factory building, the Phoenixes create a distinct contrast with the modern glitz and glamour of the surrounding pavilions that form the Expo. 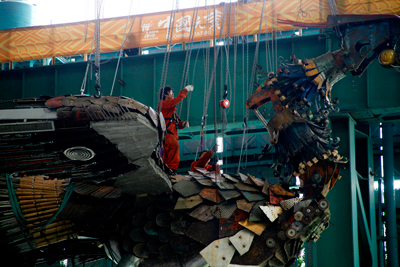