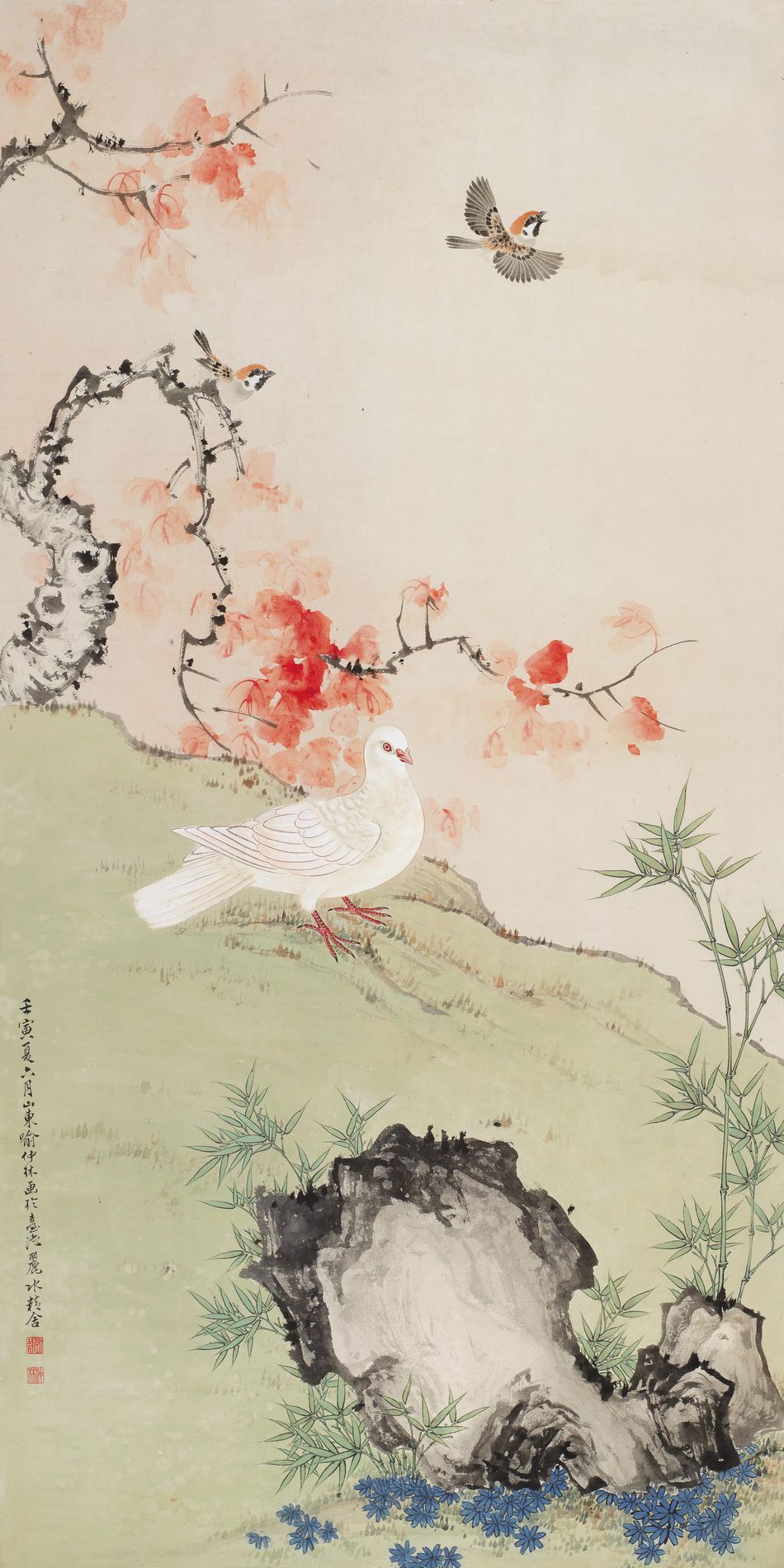 Dove and Sparrows Amongst Red Leaves

Ink and colour on paper, framed

Flower-and-bird paintings are renowned for their elegance and scholarly style. He once mentioned in his manifesto that his passion for flowers and birds grew, allowing him to paint every detail with love and care. He would imagine himself as a bird soaring in the style, or hopping among the grass. Such a delightful world appears in his paintings as an illusion, as his true self.

This work was created in the early summer of 1962, which is considered as his mature period. The scene is animated and rich in composition. Gongbi was used to depict the pigeon and its delicate feathers. Sharp eyes gleam with passion. Red maple leaves at the back were drawn in boneless techniques. Variation of tones enlivens the painting. Two sparrows on the top adds vibrancy to the work with one resting and one in flight. Bamboo, rocks and little blue flowers at the foreground were meticulously composed to create a delightful scene. Yu Chung-lin once said that every detail carries a spirit in a painting. Through meticulous observation, an artist could create an immaculate scene that delivers the artist's state of mind on the painting.